Over the weekend, Marca reported that Zinedine Zidane is convinced of landing Paul Pogba, but his bosses at Real Madrid ‘have more doubts’ about signing the Manchester United star.

Telefoot journalist Frederic Calenge then reported the negotiations between the Spanish capital club and the World Cup winner are ‘very advanced’ for the summer transfer.

The front page of today’s edition of AS claims Manchester United are pressuring Pogba to make a decision on his future public.

His contract at Old Trafford will expire in 2021 and the Red Devils want the midfielder to ‘decide his future as soon as possible’.

From United’s point of view, it is still not clear if they can plan to build a team around Pogba or not. 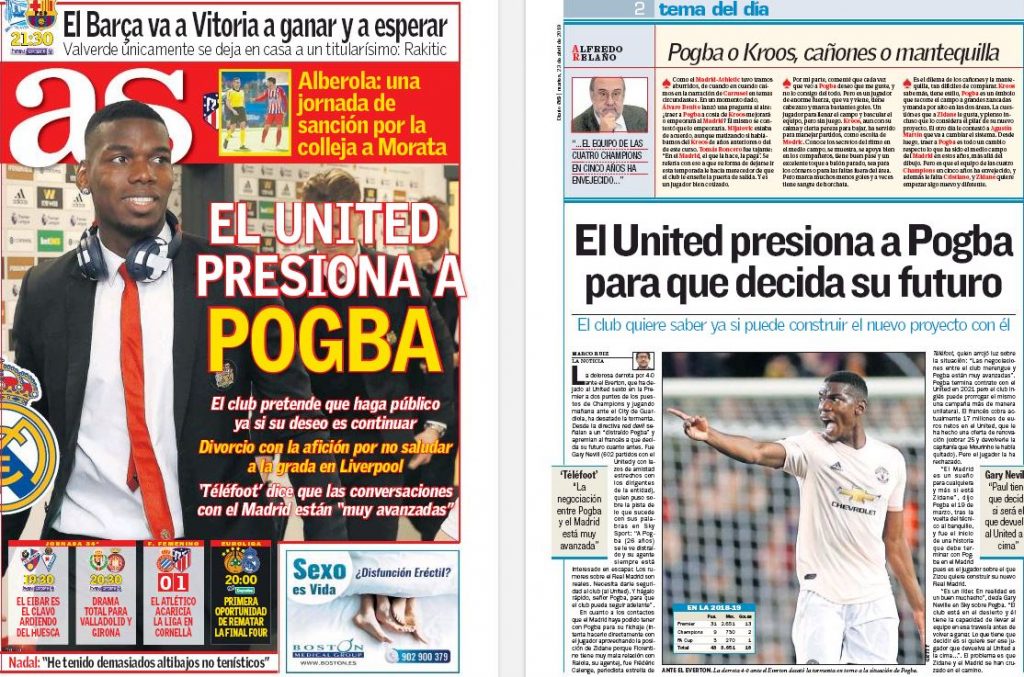 After the 20-time English champions 4-0 defeat to Everton, Ole Gunnar Solskjaer stressed that he will be “successful” at the club, while some of the players will “not be part of that”.

Another report from AS claims the fans of the English club are tried and frustrated with Pogba’s ‘flirtation’ with Real Madrid and it is clear the France international is not 100 percent committed to the task of leading the club for the next few seasons. 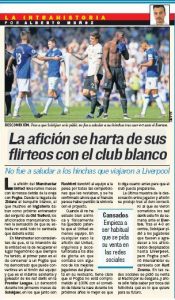 With the ongoing speculation linking Pogba to Real Madrid and if the player’s desire is to leave United is true, it should be seen whether or not the Premier League side will retain the former Juventus man beyond the summer transfer window.