Willian has less than a year left on his contract at Chelsea and Frank Lampard has publicly urged the Blues to offer him an extension.

Barcelona are ‘attentive’ to the Brazil international and this is on the front page of today’s edition of Mundo Deportivo.

Within the report, it’s explained about the duration left on his current deal makes him a ‘market opportunity’ for the La Liga winners.

Despite him being 31 years of age, his consistency with goals and assists, coupled with Willian’s ability to play in the wide positions and down the middle has resulted in him becoming a target for the Catalan club again.

Barcelona were keen on signing him in 2018 and negotiated for weeks with Chelsea to acquire his services. However, they failed to meet the English club’s high demands for the transfer. 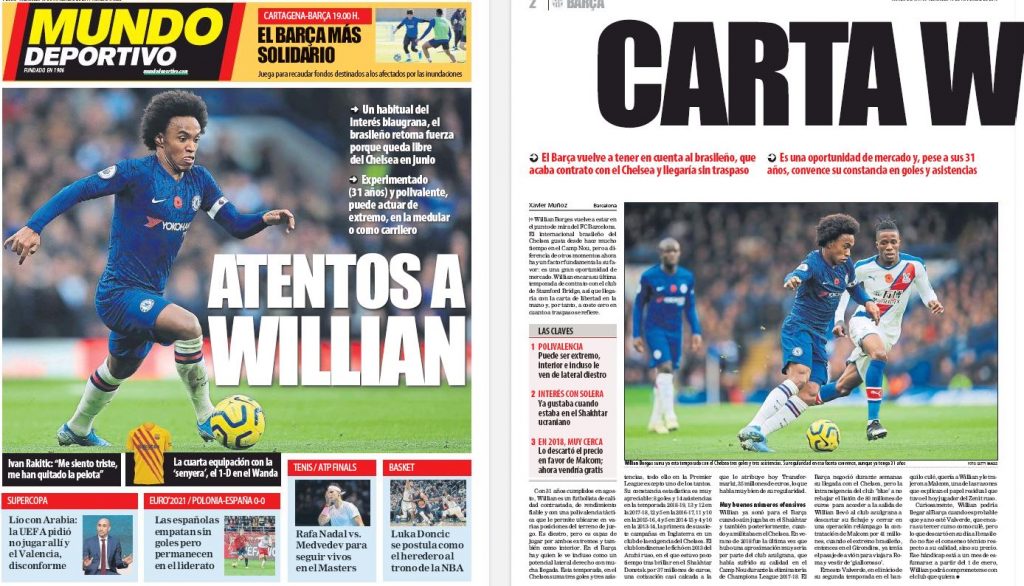 The situation is different this time around and his contract situation at Stamford Bridge is a fundamental factor that favours Barcelona.

It remains to be seen whether or not Chelsea can convince Willian to sign a new deal or if he’ll leave the Europa League winners as a free agent next summer.