Paris Saint-Germain’s Adrien Rabiot was a target for Barcelona in the summer, but no deal took shape.

The midfielder’s contract with the Ligue 1 winners runs out after the season and he’s already turned down several offers to extend his current deal.

Mundo Deportivo has a story about the 23-year-old on the front page of today’s edition of the newspaper and they claim he wants to move to the Camp Nou and has already told the leaders of the Spanish champions that his priority is to play for them.

The Blaugrana project ‘seduces’ the player to take a step forward in his career and to achieve it he is willing to run down his contract at Parc des Princes.

There’s been contacts between the sporting leaders of the Catalan club and the Frenchman’s mother, who is also his agent. 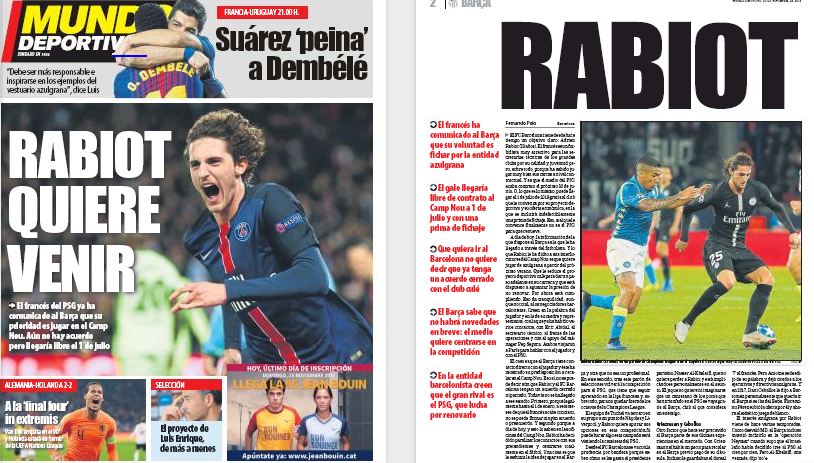 Despite the player already saying ‘yes’ to Barcelona, there has been no agreement between the two parties and there are two reasons for that.

The a Liga winners cannot agree a deal before the end of this year and the second reason is because Rabiot wants to focus on his football as PSG look to seal a berth in the knockout stages of the Champions League, where they are third in the group table behind Liverpool and Napoli.

Barca have suffered blows in the past in their pursuit of Dani Ceballos and Antoine Griezmann, which is why, despite being interested in Rabiot for several seasons, Ernesto Valverde’s side are cautious while dealing with players who are keen on joining them.