Patrice Evra had a successful spell with Manchester United during his playing career, during which he won the Champions League, five league titles, one FIFA Club World Cup and three EFL Cups.

The 40-year-old left AS Monaco and made a switch to Old Trafford in January 2006 and after overcoming initial troubles, he managed to cement a place for the Red Devils, under the orders of their former manager, Sir Alex Ferguson.

Ferguson stepped down from his position as United’s manager in 2013, after guiding the club to their last league success. A year later, the Frenchman moved to Juventus, just a month after signing a new deal with the Premier League side.

Evra has revealed it was not his decision to leave United in 2014. L’Equipe interviewed the former left-back, and asked him if he regrets leaving the Red Devils for the Serie A side.

He said: “My ex-wife found it difficult to live in Manchester, so I made a decision that was not mine. But I don’t regret anything. I liked Juve.” 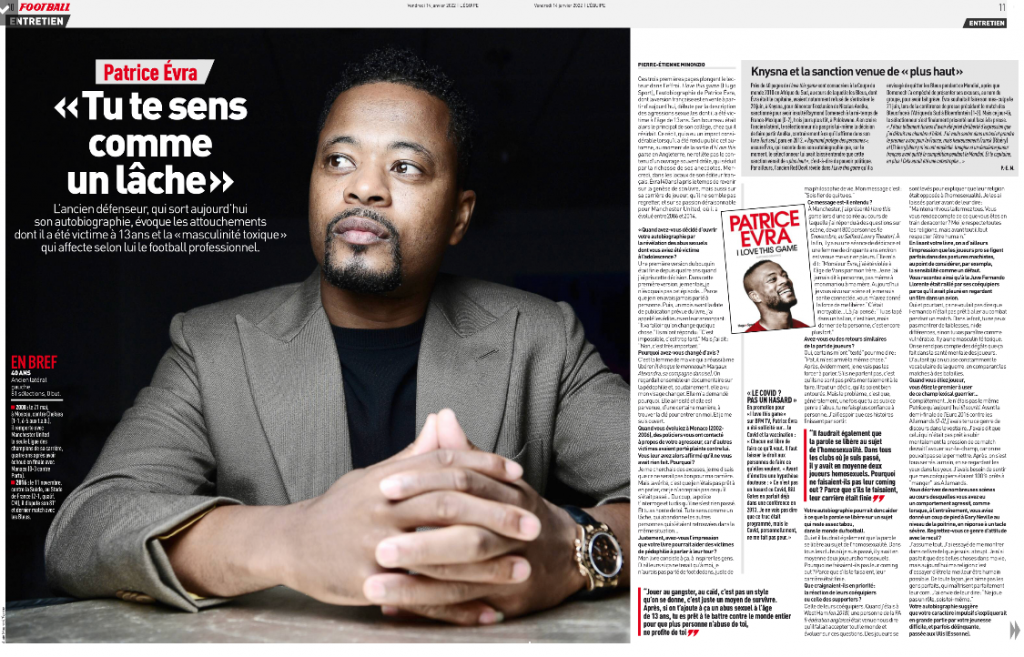 “When we reached the Champions League final in 2015 [Juve lost to Barca], United were not doing very well and my ex-wife said to me: ‘You see, I was right to tell you to come to Turin.’ I replied: ‘Even if I won five Champions League with Juve, it would not change the love I have for United.’

“With all due respect to gardeners, I love this club [United] so much that I could have ended my career there as a gardener.”

When pressed if he has a desire to return to Manchester United in the future in a different capacity, Evra made a surprising revelation.

“I passed my coaching diplomas and received lots of offers, including becoming a United sporting director,” the Frenchman explained.

“And the president of another club said to me: ‘Patrice, I would like you to be my first black coach.’

“Well, that wasn’t really a compliment (he sighs). But, for the moment, I don’t want to come back to this environment in which you have to block all your emotions… I’ll come back to that later.”