Home Europe French newspaper rates two at Everton as 4/10, one of them Ronald...
SHARE 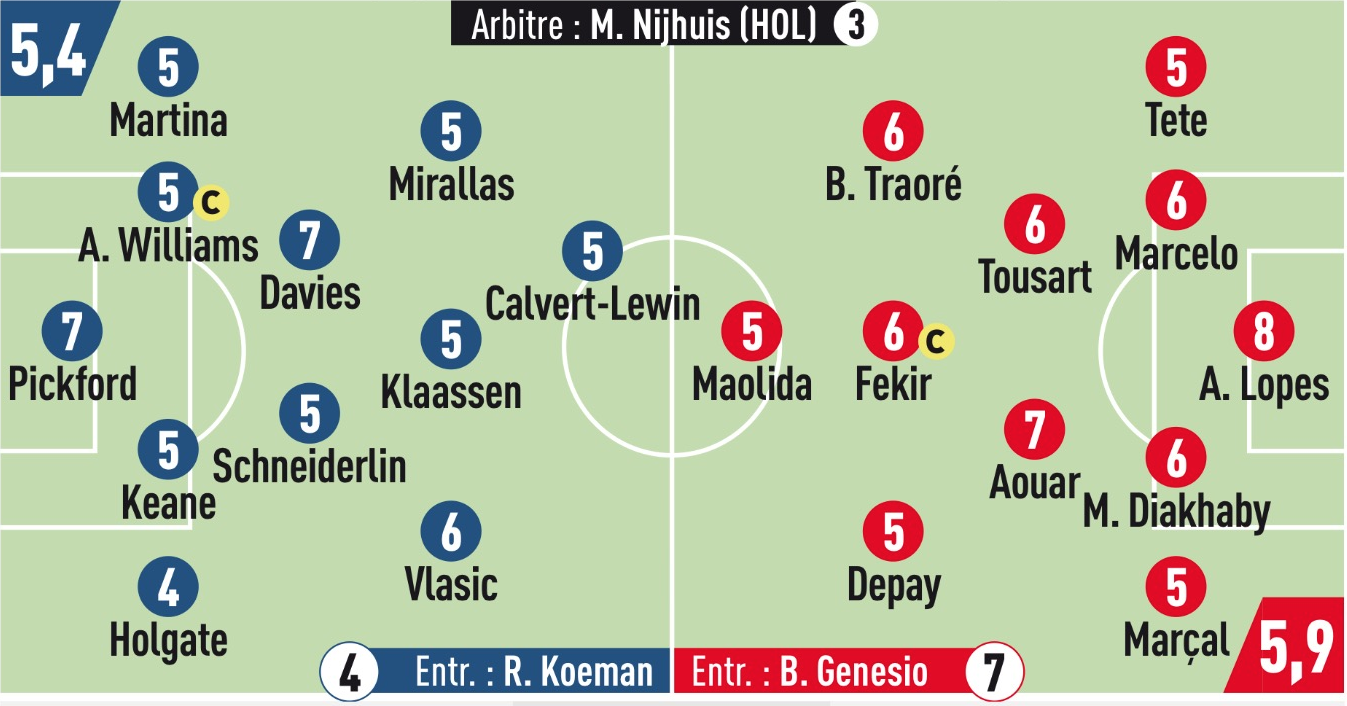 Everton’s home loss to Lyon puts Ronald Koeman’s future even more in doubt, something acknowledged by the Dutchman on Thursday night.

Excuses are running out for Koeman and whilst expectations were almost certainly too high, and nowhere near enough allowance given for losing Romelu Lukaku and not replacing him properly, something the manager pointed out in advance, things shouldn’t be this bad.

Everton had a difficult run of fixtures and haven’t managed to get off the slippery slope of misery since. There’s got to be a suspicion at least a part of Koeman’s subconsciousness  thinks the sack now would give him time to catch some Autumnal sun in Europe’s southern holiday resorts.

L’Equipe have produced their player ratings for the match and with the French newspaper always being tough on gradings, things could have been worse. Despite that, it’s telling that Ronald Koeman rated the lowest taking part, getting a 4 along with Mason Holgate.

Man of the Match for L’Equipe was Anthony Lopes, which either suggests they feel he had to do a lot to repel Everton, or his actions in taking whacks from the crowd are worth a higher score.