One of the rare proud moments fans of any club can get behind is when a youth product makes his first-team debut.

However, before we reach that point, a lot of time and effort goes into the player in the academy, where studies are pushed as well as football training.

It’s no different at Lorient in Ligue 2, who could soon be getting a partnership with Swansea City in the Championship underway.

This tidbit of information comes in Le Télégramme in France on Wednesday, as the newspaper look at some of the staff members of the French side, focusing this time around on Thierry Le Van, the new headmaster of the club’s school and the director of studies at their academy.

Highlighting the good work he is doing, with 100% of the players passing their baccalaureate under his supervision, they also looked at what plans he had for the future. 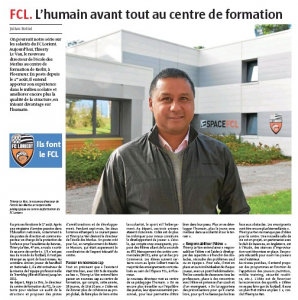 As well as a new living room, the newspaper claim Le Van is currently ‘studying the possibility of a partnership with Swansea in England’.

What that would entail, however, isn’t explained, but it could be easily imaginable to see youngsters sent between clubs for language purposes and even discover a different style of football for a few weeks during the summer holidays, for example.

It’s certainly something to keep an eye on, as perhaps this could be a good opportunity for Swansea to track some of the talent at Lorient for the future.