Currently at Roma under Eusebio di Francesco, Steven Nzonzi has, over the course of his career, played for some very different managers.

First brought to England by Sam Allardyce to play for Blackburn Rovers in the Premier League, the defensive midfielder became a regular for the club very quickly, featuring in 33 league games in his first season.

Three campaigns later, and with his club set for relegation to the Championship, Stoke City came along, then managed by Tony Pulis, and bought him for just under £4m.

For Nzonzi, who was used to the way Blackburn played, the switch to the Potters’ kick and rush football style took some time to adjust to, as he explained to So Foot. 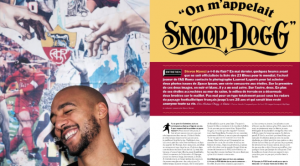 He said: “There was a difference at first, I have to admit. Especially since with Allardyce’s Blackburn, we had a rather technical side. The first year at Stoke was mostly long ball play, but I don’t forget that the manager welcomed me with open arms and allowed me to stay in the Premier League.

“The second year, more technical players arrived (then managed by Mark Hughes) like Bojan or Arnautovic, and our style of play was more possession based”.

Nzonzi repaid Stoke’s faith in him by staying three years at the club, sold during the summer of 2015 to Sevilla, allowing the Potters to make a £3.2m profit on the player.

Since then, the 30-year-old has gone on to win many trophies, including a World Cup with France over the summer, featuring in the final when he replaced a shattered N’Golo Kanté in the 55th minute of his country’s 4-2 win over Croatia.