The Seville media have their own take, as always, on Giovani Lo Celso’s situation and a possible move to Tottenham Hotspur.

First up, ABC Sevilla make a point of saying the Argentine isn’t sulking on his return to training, and is simply getting on with things.

The newspaper believes ‘everything indicates’ a transfer is happening for the midfielder, and also his teammate Junior Firpo. Barcelona are looking to sign the latter, whilst Spurs still stall on an improved offer for the former.

Despite the national Spanish media pulling Betis’ potential asking price down to €70m, ABC Sevilla stick with the original €75m, and they feel it could all drag on until just before the Premier League window closes. 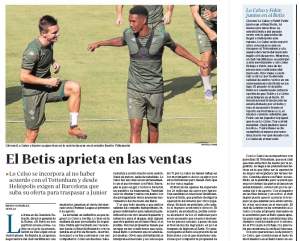 It’s once again outlined that Nabil Fekir was signed by Betis as a replacement for Lo Celso, so they need his Tottenham transfer to happen.

The newspaper explains: ‘In the absence of a week to the close of the Premier League transfer market, Betis awaits a new movement of Tottenham. The London team have an agreement with Lo Celso, although always conditioned to the open negotiation with the Verdiblanco team.

‘Daniel Levy, president of Tottenham, has a reputation as a tough negotiator, hence he has not raised his proposal for more than 50 million euros, including goals, far from the 75 that Betis demanded at the beginning of the summer.’ 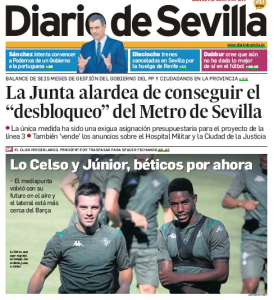 Something has to give, or this one isn’t happening.

Betis will almost certainly come down from €75m, and may even go below €70m, but Tottenham need to make a little effort too. The Seville club could capitulate on deadline day, yet that’s a very dangerous game to play for Tottenham.