Gerard Deulofeu didn’t need much time to convince at AC Milan. It’s been only eight appearances for him, but it’s been enough to show he was a very good January signing.

The player was loaned from Everton until the end of the season, with the Italian side having no buying option over him. That’s why the possibility of his permanence is a frequent topic in the Italian press.

According to Corriere Dello Sport today, Milan have the will to keep him after the end of the season, but that would depend on several aspects. The main one is Barcelona. 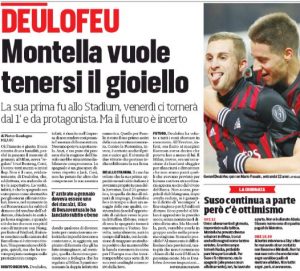 The Catalan side have a buy-back option woth Everton over Deulofeu, which means they can get him next summer for €8.5m.

In case Barça don’t go for him, then there’s a higher possibility. Corriere claims Ronald Koeman has already shown he’s not counting on the winger, and given the Spaniard’s happiness to be playing regularly, he would not be hard to convince.

Luis Enrique didn’t take to Deulofeu at all, so the manager’s exit opens up a small chance of a return.

There has been yet another hold up with Milan’s takeover, and without it all summer business is in more doubt than before. There’s no possibility of Barcelona buying Deulofeu back and then quickly selling him on for a higher fee, because Everton put clauses in the contract making such a scenario impossible. 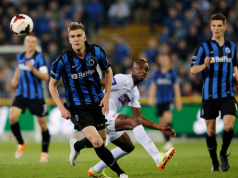