Monaco are ready to cut their asking price for defender Djibril Sidibé to ensure a permanent move to Everton this summer.

That’s according to L’Equipe, who say the Ligue 1 side desperately need money to ease financial burdens currently on the club.

Selling off several players from a bloated squad is among their top priorities, and Sidibé is among those they are keen to move on.

The Frenchman has spent the season on loan at Goodison Park, having joined in the summer when Everton were on the hunt for competition for captain Seamus Coleman.

His original deal contains a €14m release clause, a price that was considered reasonable by many in the summer and one the Blues would be more than happy to pay should his loan spell turn out to be a success.

Debate continues about whether that has been the case, with the right-back putting in several impressive performances but also disappointing considerably in others.

Everton remain on the lookout for a right-back this summer, though, and it has been suggested that the €14m asking price could be a smart one to pay as it would allow them to focus their efforts and funds elsewhere. 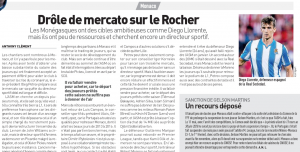 Now it seems they will be given an extra incentive by Monaco, who are ‘ready to lower’ the purchase option in the deal to secure a permanent exit for the World Cup-winning defender.

L’Equipe make no mention of how low they are willing to drop the price, although, given their financial situation and desperate need for cash, it can safely be presumed it will be a significant discount.

Whether it’s enough to tempt Everton into biting isn’t yet clear, but Marcel Brands may consider the option to sign an experienced player at a low-cost price as a good choice, particularly if it allows him to focus his efforts on more pressing matters this summer.