With Romelu Lukaku likely to leave Everton in the summer following his rather public rejection of the Toffee’s contract renewal offer, quite a few clubs are expected to queue up for his services at the end of the season.

Among those are likely to be his former side Chelsea, who sold him in 2014 to Everton after a successful loan spell at Goodison Park the previous year, and the interest isn’t new.

At the time of selling the Belgium international, the Blues didn’t really have a need for a tall powerful striker, yet now things have changed.

Michy Batshuayi hasn’t exactly impressed since arriving from Marseille in the summer, and with big question marks surrounding Diego Costa’s future, Chelsea could really do with a consistent and strong forward for next season’s Champions League campaign. 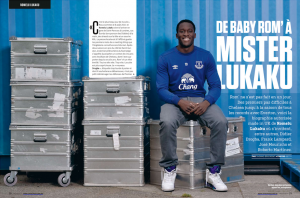 According to Sport/Foot in Belgium, Roman Abramovich already tried to sign Lukaku last year, with the Russian oligarch allegedly ready to spend €80m + bonuses to bring the 23-year-old back to Stamford Bridge.

Then new Everton owner Farhad Moshiri decided to reject Chelsea’s advances, which the player didn’t exactly take well at first, but soon got over, currently enjoying the best season of his career, with 24 goals in 32 league appearances this season.

If the Toffees did indeed reject such an offer for their star striker last season, just think how much he is going to cost clubs this time around.