We have what appears to be an important update regarding AS Roma’s interest in Everton’s Moise Kean in today’s Corriere dello Sport.

A lot of reports of late have been relatively similar, meaning they mostly consisted of character analysis following the youngster’s quarantine party, and whether or not the Italian side should gamble on a potentially problematic player.

The general consensus, however, is the positives outweigh the hypothetical negatives, and the Serie A side want to bring in the Everton forward.

To do so, they not only have Mino Raiola on their side, but also Carlo Ancelotti.

According to Corriere, Everton ‘seem ready to grant the loan without an obligation to buy’, and their Italian manager is a ‘good ally’ because he has ‘already asked to take Cengiz Ünder’ from Roma. 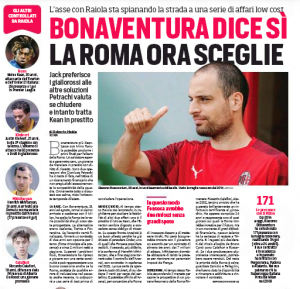 It’s not the first time we’ve seen the suggestion the Turkish winger could be used as a sweetener to acquire the services of Kean, but the Toffees being happy to let him go out on a temporary deal without the guarantee of making their money back is certainly new.

If true, it’s a very interesting turn of events, and it’s one that could easily facilitate the player’s exit from Goodison Park, allowing him to return to Italy and team up with his good friend Nicolò Zaniolo.

We’ll keep you up to date if there’s anything new, as always.