Back in the January transfer window, Idrissa Gueye to Paris Saint Germain was a rumour that simply wouldn’t go away.

The French club’s hunt for a defensive midfielder had reportedly led them to Goodison Park. Gueye was keen on the move and even headed to Paris on deadline day in case a last-minute deal was agreed.

A move never materialised, though, with the 29-year-old later admitting that he was disappointed to miss out on the opportunity to return to France.

Earlier this month the transfer rumours resurfaced, with Telefoot claiming that PSG remain keen on Gueye. Their belief was that the French side would ‘relaunch’ their efforts to sign him this summer.

They later added that Thomas Tuchel is a keen admirer of the 29-year-old, and has made his signing a priority. 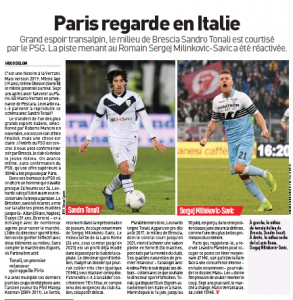 L’Equipe, adding in extra details of their own, has now backed up those claims. According to the newspaper, PSG sporting director Leonardo is looking to add at least two midfielders to PSG’s squad this summer.

Gueye is one of the targets, alongside Napoli’s Allan and Lazio midfielder Sergej Milinkovic Savic. The suggestion is that the club will look to sign either one alongside highly rated Italian youngster Sandro Tonali. The French champions view Tonali as the next Marco Verratti.

Contacts with agents have already been made in an attempt to ‘test the market’. At this moment in time, there’s no suggestion of the kind of fee PSG would be willing to pay for Gueye.

They were reportedly only willing to go up to €30m for him in January, with Everton valuing the Senegalese midfielder at €40m. That’s a price they’re unlikely to have lowered, with Gueye still a key player in Marco Silva’s team.