Home Premier League Everton Everton official in Portugal this weekend – Planning for signings rather than...
SHARE

Everton had a ‘spy’ at the match between Benfica and Famalicao on Saturday, reports Record.

They weren’t there alone, with the game attracting a large number of scouts from clubs outside of Portugal, all planning for signings ahead of future transfer windows.

Benfica won the match 4-0, with 30 year old Pizzi their Man of the Match. He scored two of the goals and assisted another from his role on the right of midfield.

Ruben Dias had a steady match in defence and 18 year old Tomás Tavares was one of the Lisbon club’s best performers, with the 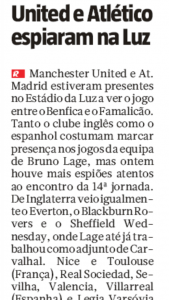 youngster impressing at right back.

Tavares looks a reasonable target for Everton, depending on what the club plan to do with their right-back position. Any move would be more likely in the summer rather than the January transfer window. 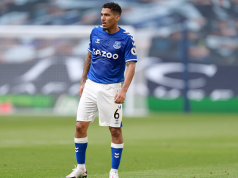