Everton would have to make Juventus an offer they couldn’t refuse to tempt them into selling Adrien Rabiot this month.

The Blues are on the hunt for a central midfielder in the January transfer window, with injuries having decimated their squad in that area.

Juventus midfielder Rabiot is one they are believed to be keen on, with manager Carlo Ancelotti having worked with him at Paris Saint Germain.

Recent reports have suggested Everton would be happy to pay a significant fee to sign the French midfielder, either on loan or permanently, and that a deal may be possible because of his relationship with the Blues boss.

However, it seems their chances of getting a deal done are now slim, with Tuttosport reporting that Juventus aren’t keen on a sale.

The newspaper say that at this point it is ‘difficult’ for Juventus chief Fabio Paratici to sanction a sale, and it would take an offer ‘that cannot be refused’ for him to change his mind.

They believe that Rabiot is yet to show his full potential, so selling now would not be wise. As a result, Ancelotti can ‘put his heart in peace’. 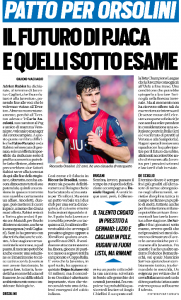 Rabiot himself has stated his immediate future is at Juventus too, with both parties set to assess the situation in the summer.

Everton, it seems, would do well to come back then and turn their attention elsewhere as they look for the addition they desperately need this month.