Everton have offered Napoli defender Nikola Maksimović a four-year deal worth €2m a season as their hunt for a new centre back continues.

Reports yesterday suggested that the Blues had turned their attention to the Napoli defender, who worked with Carlo Ancelotti at the club, having seemingly given up on Lille’s Gabriel Magalhães.

The rumour came out of nowhere, but both La Repubblica and Gazzetta dello Sport have covered the situation today.

La Repubblica say that that the defender has suddenly found himself on the sales list at Napoli, despite having impressed under Gennaro Gattuso. 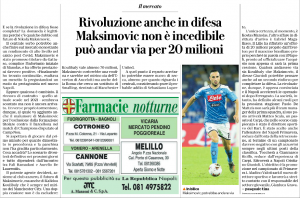 His agent, Fali Ramadani, is currently working on a new deal with Aurelio de Laurentiis, but it cannot be ‘ruled out’ that he’ll be moved on.

If that were to happen, Napoli want €20m for the centre back, and he has suitors, with the newspaper saying both Everton and Roma have him ‘in the crosshairs’. 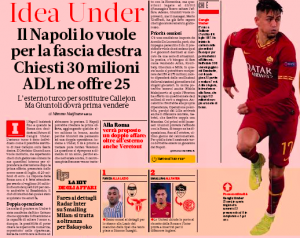 That would suggest he’s just a potential target at the moment, but Gazzetta take it one step further, saying Everton have already made an offer to the player.

They’ve apparently offered the 28-year-old a four-year deal worth €2m a year, which would work out at around €41,000 a week. They don’t, though, mention if Everton have actually made an offer to Napoli for him.

It seems that the player is very much on their list of potential targets, however, with more details likely to emerge in the coming days.