Everton have made a bid for highly-rated Atalanta forward Dejan Kulusevski but are set to lose out to Juventus in the hunt for the young star.

Kulusevski has been one out of the standout performers in Serie A this season, with four goals and seven assists in 17 games this season.

His displays have not gone unnoticed, with elite clubs around Europe all linked with making a move for the on-loan midfielder in January.

Juventus are set to win the race, according to Gazzetta Dello Sport, but faced competition from Everton for his signature.

The newspaper reports that Juve have made their move to secure the Swedish star, with Fabio Paratici making a €35m bid, with €9m in bonuses also on offer.

That’s a price that has satisfied Atalanta, who were looking for at least €40m for the youngster, who is currently on loan at Parma.

They are now likely to close out the deal for the 19-year-old although Everton tried to stop that happening.

The newspaper claims the Blues ‘came forward’ with a bid that was ‘no less important’ than Juventus’, suggesting it was close or similar to what the Serie A champions are offering. 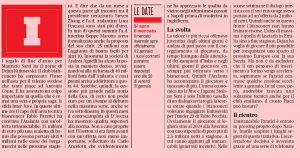 Manager Carlo Ancelotti had ‘urged’ Everton to make a move, having ‘appreciated’ Kulusevki’s performances during his time in charge with Napoli.

They look set to lose out to Juventus, though, with the player ‘increasingly oriented’ towards the Bianconeri, who are planning to leave him where he is until the summer.