L’Equipe has a huge transfer special in their Thursday edition, and Everton are mentioned a few times.

First up, there’s Memphis Depay, who the Toffees have been linked to for several transfer windows.

Everton are said to be ‘interested’ in signing the former Manchester United player, and it’s pointed out there’s a Marcel Brands connection from when the director was at PSV.

Brands will already have a relationship with the player and those who represent him, giving Everton an advantage in any chase for the player.

However, L’Equipe state Everton ‘may not have the means’ to afford the player. Given the recent spending at Goodison Park, it brings up the question of how much would Lyon want… a question the French newspaper doesn’t answer. 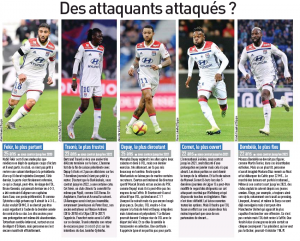 L’Equipe does ponder whether the Premier League club is ‘as attractive’ as staying at Lyon, given the lack of Champions League football.

Liverpool are said to have followed the player, but they’ve done nothing more than that.

Everton interest in Bertrand Traore is also highlighted, with the Toffees an option for the 23 year old who wants out.