There’s been several updates about Everton’s chase for Everton Cebolinha in the past few days, with many sources from Brazil saying an agreement is close.

One of these reports came from Zero Hora columnist Pedro Ernesto Denardin, who said that agent Gilmar Veloz was flying to England to negotiate with the Toffees.

When covering the story, we pointed out he wasn’t the best source in Brazil, and now the player himself has confirmed it in an Instagram post.

Everton Cebolinha claims he has another agent, so any news saying Gilmar Veloz has been negotiating on his behalf are false. 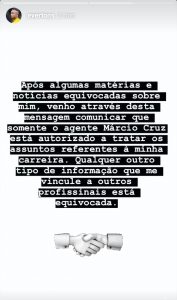 “After some erroneous stories and news about me, I come through this message to communicate that only agent Márcio Cruz is authorised to deal with matters relating to my career. Any other type of information that links me to other professionals is wrong.”

But Everton fans who’ve been following the saga shouldn’t be discouraged by this.

Because in UOL’s update today, in which they claimed that the Toffees are about to make an official bid for the player, they made it clear that talks have been handled by Marcio Cruz and Giuliano Bertolucci.

They even mentioned that the player has recently changed agents.

So, as we suggested at the time, Pedro Ernesto Denardin was likely just trying to get the scoop and using information from others, but wasn’t aware of the agent change so got caught out.