The English champions have been without Virgil van Dijk and Joe Gomez for months, and the duo are expected to miss most of this season.

The centre-back’s current deal with Los Blancos runs down at the end of this season and he’s been linked with big clubs across Europe, including the Premier League winners.

Paris Saint-Germain are also rumoured to be interested in the Spaniard, but Telefoot have dismissed the Ligue 1 side wanting to sign the 34-year-old.

Ramos’ future at the Santiago Bernabéu beyond this campaign still remains unresolved and the position of the player and Real Madrid has also not changed in recent weeks. 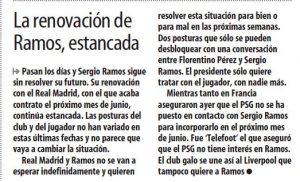 The positions can only be unlocked through talks and Mundo state Real Madrid president Florentino Pérez only wants to ‘deal with the player’ and with ‘no one else.’

Ramos’ future is still to be sorted out, while PSG and Liverpool have ruled out a move for the Spaniard. 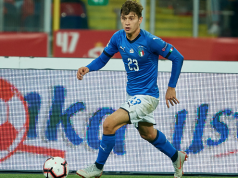 Liverpool ‘in front row’ for signing – Manager won’t rule out...