Malmo midfielder Fouad Bachirou has confirmed to the Swedish media that Swansea City made an approach for him during the last transfer window.

There were reports in the British press the Championship side were looking to bring in the former PSG youth player. during the winter market, although no move materialised.

Fotboll Direkt have reported on comments Bachirou made to Östersundsposten when asked about his links to Swansea City in January: “I know there was interest, they enquired and checked how my situation was like in Malmo. But I am at Malmo and have a contract here and respect it.”

Bachirou was a key player at Östersund during Graham Potter’s reign with the Swedish club and it always looked possible the Swansea City boss would target players from his former side.

The 28 year old was part of the squad which reached the knockout stages of the Europa League but he wasn’t involved in the tie against Arsenal after joining Malmo during the 2018 winter transfer window.

He’s contracted to Malmo until June 2022 after extending his deal with the club in the winter. 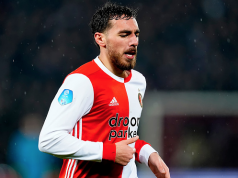 Player reveals how he got Jurgen Klopp fined by club –...