Hamburg are in an absolute mess.

Once the biggest club in Germany, HSV have seen their standing gradually slide, but there’s been one matter for pride left.

The club have never been relegated, the only team continuously in Germany’s top flight since it started. That looks about to end, with the club second to bottom and five points from safety.

In January they didn’t have much money to recruit so were looking at loans, and Aleksandar Mitrović was targeted. SportBild report Hamburg and Newcastle United agreed a deal which would have seen the striker go to Germany in exchange for a €750k loan fee.

HSV would have held a buying option with Newcastle United, allowing the real possibility of a permanent move in the summer.

To fund the switch, Hamburg would have sold Luca Waldschmidt to Freiburg, and it was all set to up to be completed. 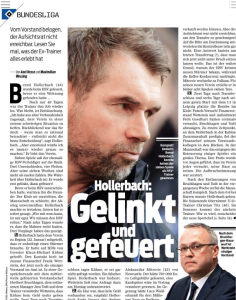 With Newcastle waiting for the late deal to be finalised, those in charge at Hamburg failed to get permission from the club’s supervisory board. They didn’t want to be ‘pressured’ at the end of the window.

So, Newcastle moved on, Mitrovic travelled to Belgium to sign for Anderlecht, before actually ending up at Fulham.

Given Hamburg’s luck, it’s only fitting the striker has scored seven goals in his last five Fulham games, being Man of the Match on four of those occasions.