Demonstrating perfectly against Liverpool why a three at the back defence should preferably include actual centre-backs rather than makeshift ones, Arsenal could be on the verge of losing one of their natural options for the role.

Arguing strongly against this when we first relayed the story, it seems Arsène Wenger isn’t getting much of a say, as Shkodran Mustafi appears to be pushing for an exit from the Emirates.

At the time, we said it was more delusion than optimism from Inter, but it seems the Italian side have turned the player’s head, and the French manager isn’t sure if the German international will be at Arsenal by the end of the transfer window. 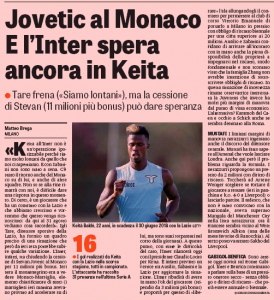 Gazzetta dello Sport report on Monday that while the defender has let his club know he wants to leave, the issue isn’t there, it’s with the offer from the Serie A side.

The Italian newspaper state the €2m loan with a view to buy (amount undisclosed) doesn’t appear to be all that appealing to the Gunners, and Arsène Wenger still doesn’t know what to do.

In the end, the decision is all his: does he force Mustafi to stay, considering his Arsenal side is already quite fragile, or does he decide to let him leave and try and panic buy before the end of the window?

We’ll have to find out in the coming days.