Memphis Depay’s time at Lyon will come to an end this weekend, more than four years after joining them from Manchester United in January 2017.

The 27-year-old’s current deal expires next month and despite the Ligue 1 side offering an extension, the Dutchman has decided to leave the club as a free agent. This has been confirmed by the player himself during an interview with L’Equipe.

Depay gave a detailed interview to the French newspaper and at the end of the interview, the Netherlands international spoke about his time with the Red Devils.

The attacker arrived at Old Trafford in 2015, after playing a pivotal role in helping PSV Eindhoven win the title. However, Depay struggled to replicate his PSV form at Manchester United and has now revealed ‘losing joy’ during his time there.

“It [Lyon] will be in my heart, a part of my life. I thought about adding a tattoo: a souvenir or a date. Coming here was a great decision,” he said. 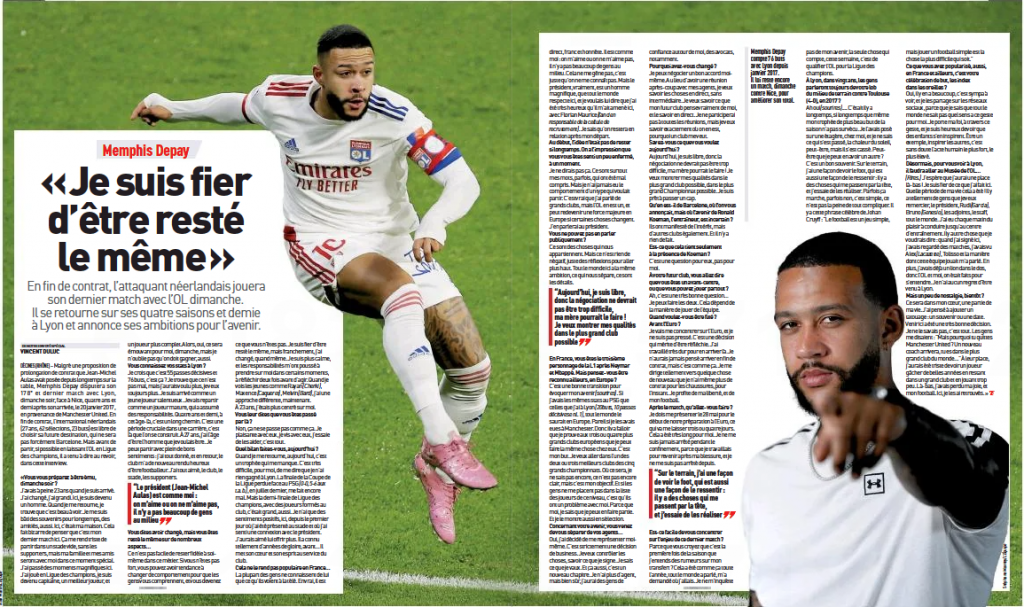 “People would say to me: ‘But why are you leaving Manchester United? A new coach will arrive, you in the biggest club in the world…’ In their place, I would have been sad to see a player wasting good years by staying at a big club and playing too little. There, I lost my joy, and my football. Here, I found them.”

Depay will be in a position to choose a new club in the summer and can join them on a free transfer. Barcelona are repeatedly named as a frontrunner to acquire his services in the summer transfer window.