A couple of weeks ago, we’d already seen a suggestion in the Italian media that the Serie A side should go for the 25-year-old, as former Napoli player Salvatore Bagni said the Cameroon international would be a good acquisition for them.

Now it seems that tip has been followed, because according to newspaper Tuttosport, Anguissa is indeed one of the options that the Italian club have for the summer market.

The outlet writes that director Cristiano Giuntoli has set a list of three names who could replace midfielder Fabian Ruiz in case he’s sold, and the Fulham player is among them. 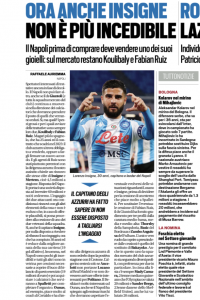 They set the names in a list from the cheapest to the most expensive, meaning they would have to spend more in case they go for the Cottagers’ player.

Anguissa has also been recently linked to Milan, with his agent offering him to the Serie A giants, meaning an Italian battle for his signing could go a long way in helping Fulham get a better fee from any potential sale.