Fotospor claim Fenerbahce are interested in signing West Ham United left back Arthur Masuaku as they look to strengthen their squad in this transfer window.

The Turkish side are in dire need of a left-back, as their only player in this position, Hasan Ali Kaldirim, is out injured and won’t be returning any time soon.

According to Fotospor, Fenerbahce’s main transfer targets were Ricardo Rodriguez and Faouzi Ghoulam, but both players are likely to join other clubs, so they’ve identified the West Ham defender as an option.

It’s reported Fener sporting director Damien Comolli has held talks with West Ham with regards to the former Olympiacos player but there’s currently no breakthrough in the first round of negotiations.

However, it may not make much sense for West Ham to let him leave in this window, especially considering they extended his contract last summer.

His current deal will expire at the end of June 2024.

Masuaku has made nine appearances for the Hammers in the Premier League this season. 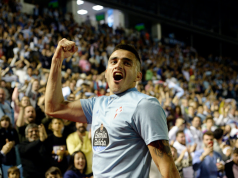 Man United interested in Uruguay international – Have scouted him many times this season, part of Solskjaer ‘list of priorities’

Man United interested in Uruguay international – Have scouted him many...