Stuttgart sport director Jan Schindelmeiser has told the German media they aren’t in talks with Leeds United with regards to the Championship side signing Alexandru Maxim. In the past week it’s been reported in Romania Leeds United were close to agreeing a deal to sign the midfielder.

Speaking to Stuttgarter Nachrichten, Schindelmeiser was asked about recent speculation Leeds United are in talks to sign Maxim.

Schindelmeiser confirmed no approach has been made by Leeds United, but other clubs have asked about Maxim.

“We haven’t had any requests from Leeds. There are always “inquiries” from clubs after the player. But Leeds United? None,” said the Stuttgart director.

At the weekend we covered claims from Romania that Leeds United are in talks to sign Maxim, and that a deal is close. Former boss Garry Monk initially wanted the Stuttgart midfielder following initial discussions with his agent in January.

There have been claims this week the player could leave Stuttgart, and a decision on his future is likely soon. However, Leeds United would have to convince the Romania international to drop down to the Championship after failing to get promotion last season. 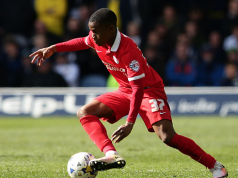 ‘There will be no approval’ – Leeds United’s transfer hopes dashed, despite Bielsa appreciating player

“I’m open to everything” – Raúl Jiménez happy at Wolves, but...

Tottenham director ‘working on first official offer’ for player – ‘Could...