Fiorentina star Dušan Vlahović finished the 2020/21 season with 21 goals and two assists in 37 league matches and his goalscoring record has caught attention in Italy and across Europe.

A month ago, Corriere dello Sport explained the Reds must invest big to take the 21-year-old away from the Serie A side.

Spurs’ interest in driven by their new chief, Fabio Paratici. Four days ago, we covered claims made by Tuttosport that Paratici wants to battle with his former club, Juventus, to sign the Serbia international.

La Viola took Vlahović from FK Partizan in 2018 and after settling in, the frontman was able to showcase his qualities during the last campaign. 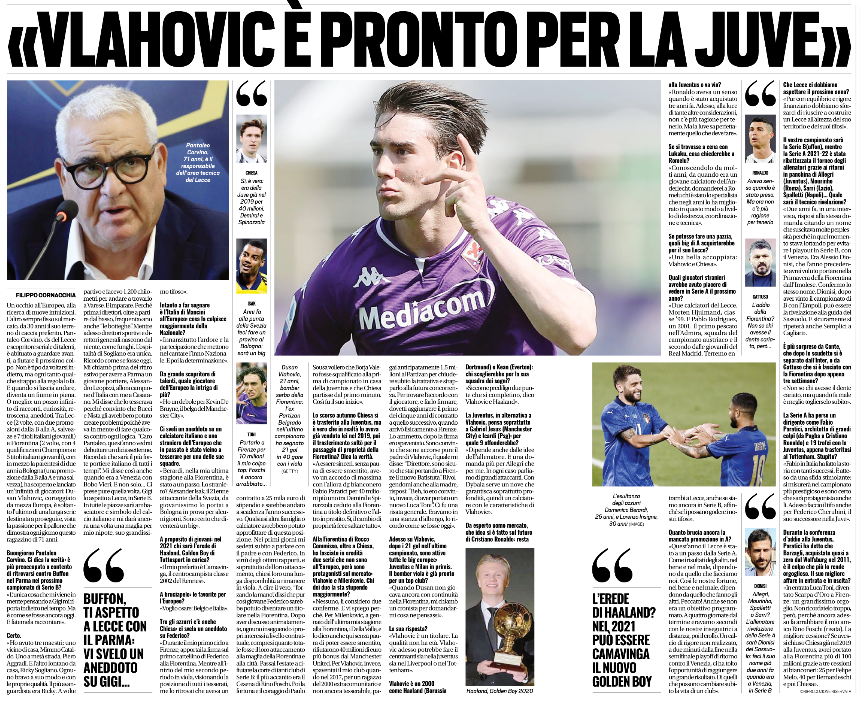 Leece technical director Pantaleo Corvino was in charge at Fiorentina when they signed Vlahović.

When asked if the attacker is ready for the big move, Corvino backed the player to shine for Liverpool or Tottenham, if they manage to acquire his services,

“Vlahović is a starter. Quality has no age. Vlahović could now play as a centre forward for Juventus, Liverpool or Tottenham,” Corvino told Tuttosport.