If Chelsea have taught us anything so far this transfer window with the Jorginho deal, it’s that everything you previously believed in can change at the very last minute.

According to Gazzetta dello Sport, the same could happen with Mario Pasalic, as the Croatian midfielder has, for the past few weeks, been promised to Fiorentina in Serie A.

A loan with a view to buy was said to be close to being sorted, but the Blues’ managerial situation had put everything else on hold, hence why the deal has yet to be announced.

In that time, Atalanta have come sniffing, and they’re causing Fiorentina all sorts of problems, as Gazzetta explain Chelsea prefer the former’s offer. 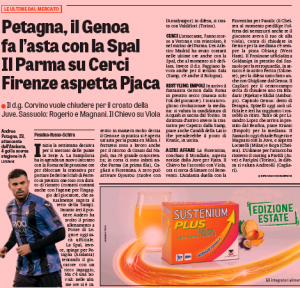 The problem here is that Pasalic has apparently given his word to La Viola, and, so far, he hasn’t decided to go against it.

As we’ve seen multiple times in the past, giving your word, as noble as that might be, (most of the time) means absolutely nothing in the world of football, and if Chelsea prefer Atalanta’s offer, they could nudge their 23-year-old midfielder in the direction of Bergamo rather than Florence.