Home Europe Defender has no regrets over joining ‘club of his dreams’ Liverpool –...
SHARE

Born and bred in Paris both on and off the pitch, there was a point when it felt like Mamadou Sakho would spend his entire career at Paris Saint-Germain.

However, after winning all the trophies in France with the Ligue 1 champions, the defender decided it was time to try something new, which is when his move to Liverpool was organised.

The centre-back was transferred from Paris Saint-Germain to Anfield for just over £17m, which was a relatively hefty fee at the time, bought by Brendan Rodgers, who was his manager until 2015.

After that came Jürgen Klopp, which is when things started to go a bit downhill for the centre-back, and eventually a loan move (which then became permanent) to Crystal Palace took place.

However, Sakho has no regrets over his time at Liverpool, explaining as much to Stadium Mag.

He said: “When I left Paris Saint-Germain, I had a number of offers from Barcelona, Bayern Munich, Arsenal and Liverpool. I choose Liverpool because they were one of the clubs of my dreams with a great history. I had the chance to spend four years there in the Reds’ shirt at Anfield with a fantastic crowd. 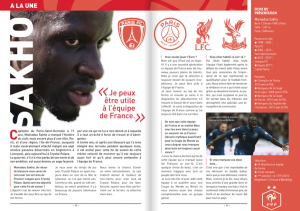 “I had very good relationships with my board and I played alongside great talents like Suárez, Coutinho, Sturridge or Steven Gerrard. I lived exceptional moments with those players”.

Over the course of his four years with Liverpool, the centre-back made 80 appearances in all competitions, scoring three goals.