There’s been a couple of quiet days on Pau Lopez to Tottenham Hotspur, which is unusual in the mini saga which has now turned into a full size saga. Catalan newspaper Sport have been following the situation for months, with all the twists and turns it’s been taking, and there’s a new slant in their Monday edition.

Sport say Espanyol have put a deadline of a week on the situation. Pau’s contract ends in June 2018, which means the Barcelona club could lose him on a free transfer next summer. Espanyol don’t want that to happen so if there’s no renewal in a week, Pau will be allowed to leave. 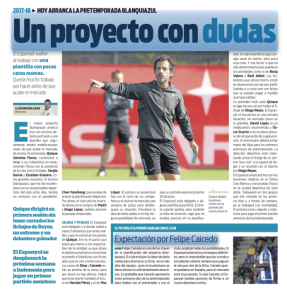 That brings Tottenham back into the equation, and Espanyol would be selling on their own conditions, although likely not getting much more, if any more, than Spurs were offering anyway.

A week is a long time in transfers, and in the Pau to Tottenham transfer rumour it’s a lifetime.

This new Espanyol stance could change repeatedly between now and mid July.