When it comes to transfer news about Ajax, De Telegraaf is the best place to start.

The Dutch newspaper at times appear to have a direct line to the Eredivisie giants, and whilst that can sometimes lead to claims which seem like transfer PR, it also gets the real scoops.

That’s what is being presented on Friday as De Telegraaf go big with Frenkie de Jong moving to PSG.

It’s splashed all over the newspaper, front page, front page of sport section, and a double page spread.

The transfer, which is presented as ‘almost certain’ will see the Ajax youngster move to PSG next summer for €75m.

De Telegraaf say the French club have managed to take advanatge of a hesitation from Manchester City. The English club have been ‘defeated’ after they offered ‘space’ for PSG to move into. 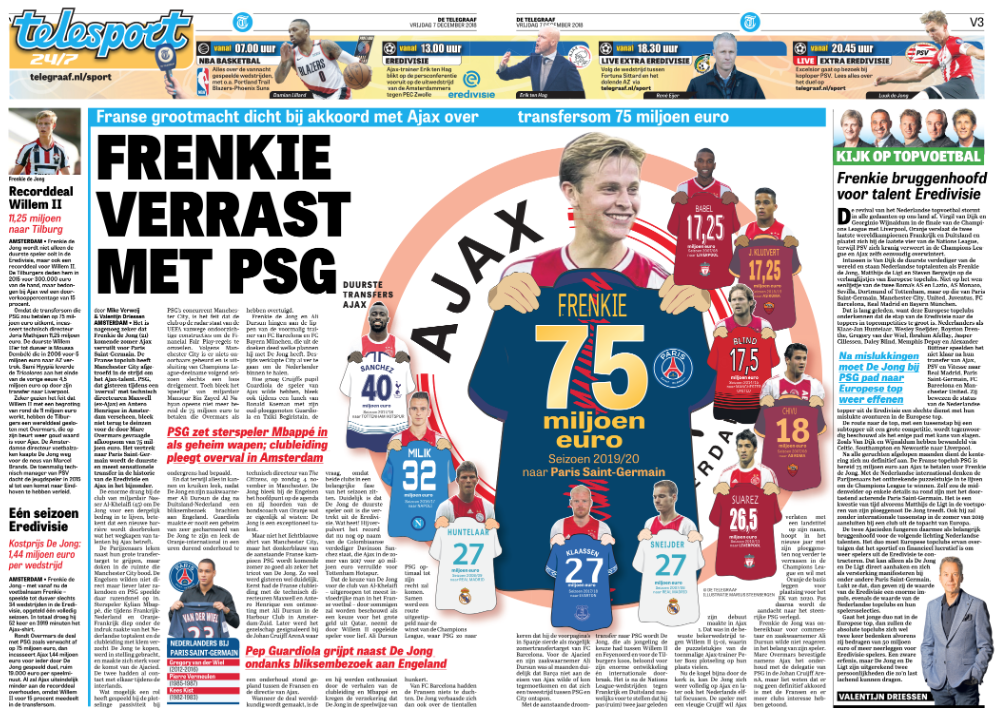 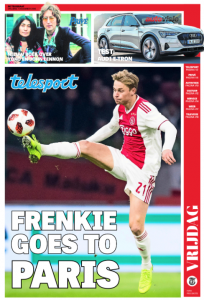 role in them slightly backing off, but that’s the case for PSG too. Pep Guardiola’s side ‘suddenly became unwilling’ to pay the €75m which Marc Overmars has been demanding.

It’s even claimed that after the recent Germany-Netherlands match, De Jong made a ‘lightning visit’ to Manchester and spoke to Guardiola for an hour, who ‘seemed to have convinced’ him.

Meetings were held yesterday with PSG officials in Amsterdam, which leads to today’s claims.