On October 4th, we covered Crystal Palace’s recent scouting of Portuguese football, and stated the club ‘continue with their transfer planning ahead of future windows and it would appear they’ve landed on something at FC Porto.’

That’s because, after already watching Porto on repeat occasions this season, Crystal Palace had an official at the club’s match against Tondela last weekend, and then again had someone watch the Dragons in action against Galatasaray.

Giving the game away further, Palace had someone at Sunday’s match between Benfica and Porto, report A Bola.

Despite losing the match 1-0, Porto didn’t put in a poor performance, and their best player, according to A Bola, was Hector Herrera.

He’s the Mexican midfielder who has a contract expiring at the end of June 2019, and who has been linked with a string of clubs around Europe.

If he’s the man Palace are watching, 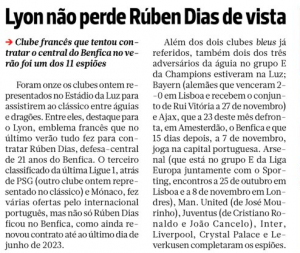 then they may have been given a nudge to more seriously target him, although it would be a very difficult transfer.

Herrera probably thinks he can aim at a higher level than Palace if he leaves the Portuguese side.