Barcelona defender Samuel Umtiti is sidelined with an injury and he will not be able to feature for the club or France for the two international fixtures against Iceland and Germany.

At the end of September, L’Equipe reported that Crystal Palace defender Mamadou Sakho could return to the national team as he last featured for them against Russia in March 2016.

Didier Deschamps will soon announce his squad for the upcoming games and today’s edition of Le Parisien looks at who can take the Camp Nou centre-back’s place for the matches this month.

On Wednesday, we carried a report from the same publication, who claimed that Kurt Zouma’s good start to the season at Everton makes him favourite to get call-up and he is one of the candidates mentioned in today’s report. 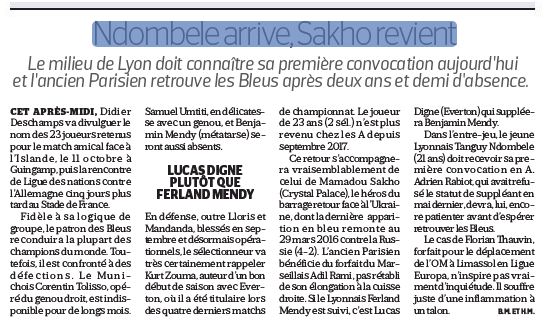 However, the French newspaper claims the Eagles player could be preferred ahead of the Everton loanee, which is why Sakho is more likely to return to the world champions’ squad.

It’s also claimed that injury to Marseille’s Adil Rami could benefit the former PSG defender in receiving a call-up from Deschamps. 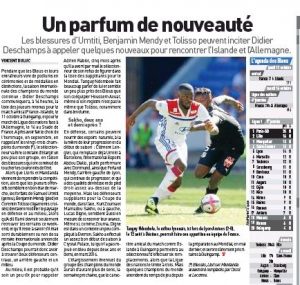 Meanwhile, L’Equipe echoes what’s been mentioned in Le Parisien’s report as they also suggest that Palace defender and Zouma are the two candidates in consideration for the centre-back position.