Crystal Palace, Everton and Liverpool are among the many clubs who scouted Porto’s Champions League game against Schalke 04 on Wednesday night.

They saw a pretty good 3-1 win from the home side, who managed to guarantee their qualification to the knock-out stages from Group D.

We’re highlighting these three clubs because they’ve all been linked to Porto players in the past few months.

Everton are the club who gets most mention from the Portuguese press, and have been named in the races for Alex Telles, Hector Herrera, Yacine Brahimi and Moussa Marega.

Liverpool and Crystal Palace have been linked to one player each. The Reds were said to be chasing left-back Alex Telles, and Palace, who are frequently spotted at Porto’s games, were included in the battle for Hector Herrera in a rumour which got quite twisted. 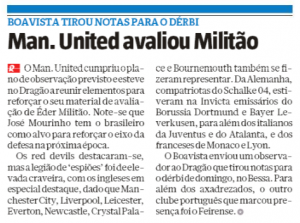 Porto players whose performances against Schalke were highlighted by the local press were Éder Militão, Óliver Torres, and Jesus Corona. None of those who have been linked to the clubs we mention. But Telles, Brahimi, Herrera and Marega all played and had decent games. 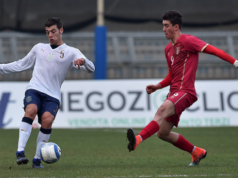