Norway manager Ståle Solbakken has confirmed Brentford summer signing Kristoffer Ajer will be out of action for a few months due to injury.

The defender missed his side’s league defeat to Burnley at the weekend. He last featured for the Bees in their EFL Cup win over Stoke City on October 27th.

Solbakken spoke to reporters on Tuesday after announcing the Norway squad for the upcoming international break.

Norway are scheduled to face Latvia and the Netherlands in World Cup qualifiers later this month and the 23-year-old joins a few other players who are forced to miss this fixture due to injuries.

“Ajer is out for a couple of months. He got a response to scans yesterday that gave very bad news. It’s the same injury as the last time,” Solbakken said, as relayed by VG.

When detailing the nature of the setback suffered by Thomas Frank’s man, Nettavisen state the centre-back has suffered a muscle injury.

Ajer arrived at Brentford from Celtic in the summer and has made nine appearances across all competitions this season. Solbakken has now urged the player to “build up the body” to meet the demands of the Premier League. 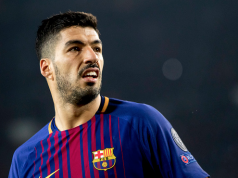