AC Milan are in ‘continuous contacts’ with Liverpool striker Divock Origi to sign him when he becomes a free agent in the summer.

That’s according to Corriere dello Sport, who say there have been ‘steps forward’ and the Italian side are ‘continuing their dialogue’ with his agent.

The Belgian forward has been heavily linked with a move to AC Milan for several weeks, with it made clear that he could be leaving Liverpool on a free transfer at the end of the season.

Milan are keen because of this, with the club having been very careful with their finances over the last few years and a free agent appealing because of that.

CDS back this up, stating that Milan chiefs Paolo Maldini and Frederic Massara are ‘ready to take advantage’ of the ‘luxury zero’ cost and sign Origi.

Indeed, they are keen to get him as soon as possible, anticipating that there will be Premier League interest in him.

There’s no mention of the length of contract being discussed or the money Origi will earn in Milan, just that contacts are ongoing, and the Italian side are keen to get it over the line. 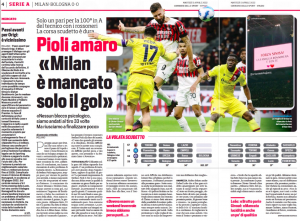 Het Nieuwsblad do offer information on that front, though, stating that there is a four-year contract waiting for him in Italy.

They add that while Origi is an interesting option for Milan, the same can be said of the club for the player.

He wants to trade his ‘cult status’ at Liverpool for more ‘footballing pleasure’ with Milan, who are not as good as the Reds but not a top club in decline anymore either. 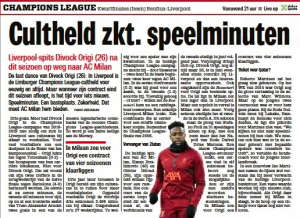 They can offer him regular football, a potential title challenge and even a spot in Europe, all of which will also give him a greater chance of being in Roberto Martinez’s squad for the World Cup in Qatar.

It’s a deal that works out for all parties involved, with Milan keen to get it finalised sooner rather than later and Origi happy for that to happen.