It’s looking unlikely Fernando Llorente will be staying at Tottenham beyond the summer.

Basque newspaper El Correo report the club had until Saturday to use their option to extend his contract, but they failed to do so. That either suggests there’s another agreement being discussed or, and this is the assumption, that Spurs have decided to bring someone else in instead.

El Correo explains Athletic Club Bilbao had contacted a lawyer who represents Llorente, and asked initial questions about a transfer. However, the stronger interest had been in the January window, and Harry Kane’s injury ruined the prospect of that.

Regardless, El Correo explain Athletic have shelved the potential signing, worried about the ‘controversy’ it would cause among their support.

When the striker left the Bilbao club for Juventus on a free transfer, the club made it clear how unhappy they were, and Llorente was ostracised. That’s now coming back to bite them, as it’s explained the club are scared of ‘the risk of social fracture’ among their fans. 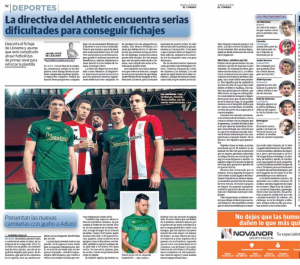 The same report details the problems Athletic are already facing with recruiting this summer, with the club’s Basque policy meaning there’s only a small pool of players available.

If Llorente remains gettable, and Athletic can’t find joy elsewhere, then it would be no surprise for them to consider the move again.