The Italian media have confirmed Francis Marroccu has taken up in his new role at Japanese club Sagan Tosu, just a few months after leaving Leeds United. Last summer Massimo Cellino brought in the former Ascoli sporting director to advise him at Leeds United, with a view to a more formal arrangement.

Marroccu’s job will be to bring in players from Europe, and especially from Italy. Cagliari’s Victor Ibarbo is one player that has already been linked with Sagan Tosu, given his troubles at the Serie A club this season.

The former Ascoli man has been out of football for the past few months, giving up the Leeds United advisory role in December. Marroccu had previously worked with the Leeds United owner at Cagliari, when Cellino was the president of the Sardinian club. 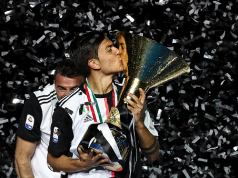