Barcelona are less likely to make a move for Leeds United star Raphinha this summer if Ousmane Dembele renews his deal at the Camp Nou.

That’s according to Marca, who cover all of the options the Catalan giants are looking at ahead of the summer transfer window.

They explain that Barcelona want to reinforce their attack with two players this summer, a forward and a winger.

At the moment, they cannot define who those two players will be, and those in charge are simply ‘touching players’ to find out about their contractual situations and the potential options to sign them.

Leeds United star Raphinha is one of them, with reports over the last few months explaining that a potential deal has been offered by his agent Deco, who once played for Barcelona. 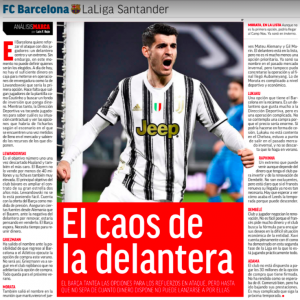 Marca say Raphinha is one of the options on Barcelona’s list, but any move depends ‘on the money the club has’ and Dembele’s potential renewal.

The Frenchman is out of contract in the summer and had appeared to be leaving but has worked his way back into Xavi’s plans, and that could lead to a renewal, which Barcelona would be more than happy with.

If that happens, signing Raphinha ‘is not so necessary’, and they could abandon the idea. If they don’t, it is still necessary to see how Leeds finish the season and if they are relegated or not.

The suggestion is Barcelona may be less keen on a move if Leeds don’t go down, which makes sense as they’d have to pay more. Either way, it all depends on Dembele’s future at this moment in time.