There’s been very little indication as to what the former Derby manager has planned for the Frenchman at Stamford Bridge, but if he doesn’t fit into the new philosophy, then at least he can sleep easy knowing someone out there wants him.

That club is Paris Saint-Germain, as first reported by RMC Sport, and Le Parisien on Friday explain the interest in Bakayoko from the Ligue 1 champions ‘seems credible’.

Forced to navigate the summer transfer market on a more ‘limited’ budget than usual, the French side, with new director of football Leonardo in charge of deals, are looking at more ‘clever’ signings that would bolster them without taking too big of a chunk out of their finances. 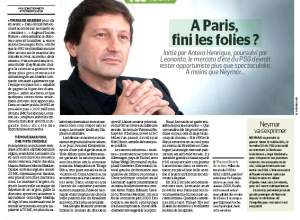 There’s no price mentioned, but considering Chelsea wanted €40m overall from Milan (€5m for the loan and €35m to buy him), you’d expect the Blues to want something similar after a good season.

This could grow over the next few weeks, yet it seems that, for now, they’re focusing on Everton’s Idrissa Gueye.