With Arsenal chasing a midfielder to stick in front of their defence, Lucas Torreira’s future at the club is somewhat precarious.

The Uruguayan midfielder has been touted for a return to Italy over the past few weeks, with a number of Serie A side interested in his services.

Unwanted by Mikel Arteta, the former Sampdoria man represents a good opportunity, which Fiorentina are keen to take advantage of.

Unable to pay for his transfer, a loan is the way to go, and they’ve made an offer with that in mind, according to La Nazione. 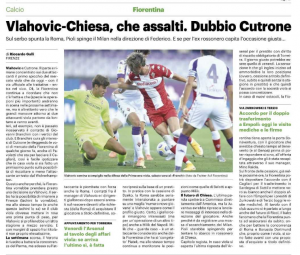 This is what the Italian newspaper are reporting on Tuesday, claiming Fiorentina are ‘waiting for the final answer from Arsenal for the loan with an obligation to buy’.

It’s then explained the ‘right day’ for that could be Friday.

Currently, Arsenal’s stance is to sell him outright, not wanting to send him out on loan first, but La Nazione point out there’s a ‘feeling’ they could ‘soften’ this in the coming days and that ‘an agreement with the purple team can be made concrete’.

Should that not happen, Fiorentina have a backup plan in Giacomo Bonaventura. 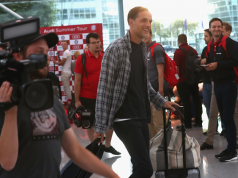