Rafa Mir is edging closer to leaving Wolverhampton Wanderers to join Sevilla, if various reports coming out of Spain are to be believed.

The striker’s displays while on loan at SD Huesca last season and for Spain at the Tokyo Olympic Games attracted interest from several La Liga sides.

Atlético Madrid came forward to sign the 24-year-old, but their lack of activity allowed Sevilla to take the lead in the transfer race.

As per Estadio Deportivo, Wolves and Julen Lopetegui’s side are ‘very close to formalising the agreement’ for around €15m [€12m + 3m] for transfer. Mir is to sign a five-year deal with his new club.

The report further adds the player is already in Seville and was pictured outside San Pablo Airport on Thursday. 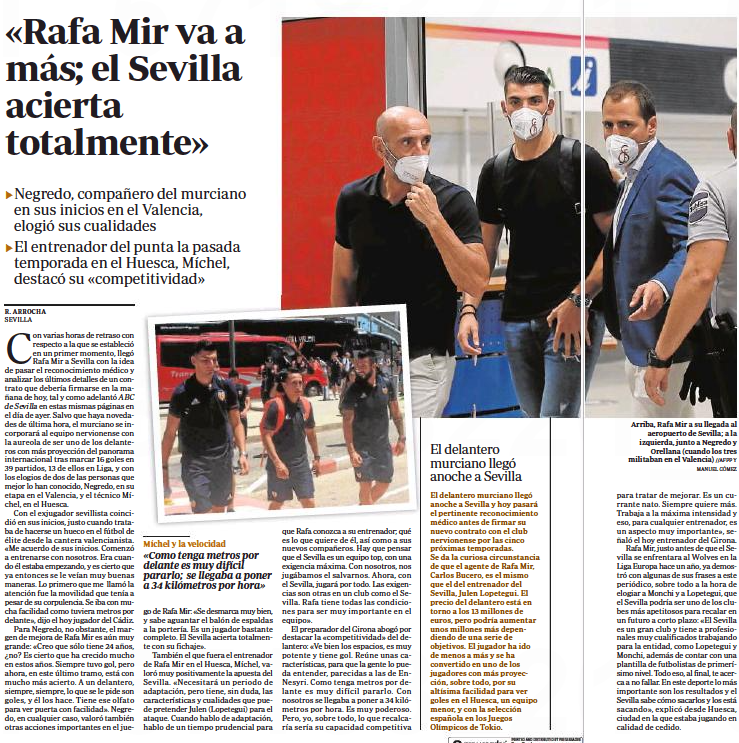 These claims are also reported by ABC Sevilla and they have published a picture of Mir with Monchi, the sporting director of the Spanish club, in today’s newspaper.

It’s said the Wolves attacker will undergo his medical tests today before signing a five-year contract with Sevilla. ABC Sevilla are confident the deal will go through as they state Mir could sign his contract as early as ‘this morning’.

They say Lopetegui’s side will pay €13m to Wolves and the price could increase ‘depending on a series of objectives’.