Portuguese side Sporting are not using their buying option for the permanent signing of Yannick Bolasie, according to local reports today.

Newspaper O Jogo is the one saying the Lions aren’t satisfied with the player’s form, and are not paying the amount of €4.5m to keep him after the end of the season.

In the past few days, we’ve been seeing a few stories saying Sporting weren’t happy with performances from the Everton loanee.

After being sent off in a cup match in January, he’s missed their last three games. One for suspension and two others due to the manager’s decision. 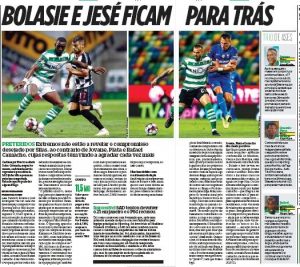 Now O Jogo says that Sporting’s plan is to use the player less and less, until it’s finally time to see him gone from Alvalade. With two goals and four assists so far, Bolasie is ‘far from convincing’.

Club president Frederico Varandas had previously claimed that their decision regarding the buying option had already been made, but didn’t want to reveal it.