Home Europe Club ‘stall’ on €25m+ bid for forward as they wait for Everton’s...
SHARE

If previous reports in the Italian media are to be believed, there appears to be some interest from Everton in AS Roma’s Cengiz Ünder.

The Toffees need a right winger to bolster their attack for next season, which has led to rumours of moves for the likes of Hirving Lozano and the Turkey international, but no concrete move appears to have taken place as of yet.

That might be because the club are currently focused on the remainder of the Premier League season as they try to climb up the table.

For Lozano, things have gone somewhat quiet of late, whereas AS Roma are still hoping Everton return for Ünder.

That’s what Corriere dello Sport are reporting on Monday, claiming that following Napoli’s €25m + €6m in bonus bid for the former Istanbul Başakşehir starlet, Franco Baldini, in charge of the operation, is ‘stalling’ and ‘hopes for a possible revival’ from Everton’s end.

The biggest reason is the price, as the ideal scenario would be to reach an agreement at around €35m, knowing full well that 20% of any future transfer goes to the 22-year-old’s previous club in the Süper Lig.

It might be some time before Everton make their move, and the last thing Roma will want is Napoli pulling out out of frustration and losing a potential sale.

How long can they realistically wait? 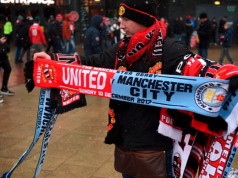