Despite Alan Pardew telling the press Grzegorz Krychowiak isn’t out of favour at West Brom, it’s pretty clear to most that he is.

With claims the Poland international’s loan could be cut short, with him returning to Paris Saint-Germain in January, Le Parisien look at what the future holds for those on loan from the Ligue 1 leaders, currently in need of funds to balance the books after their great summer spend.

The defensive midfielder’s time in the Premier League hasn’t exactly been a success, with West Brom yet to win a game he has participated in, which doesn’t help the French club’s situation. 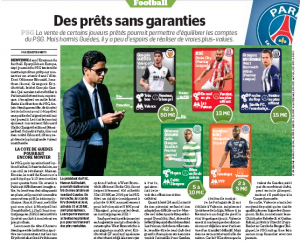 Paris Saint-Germain are said to be hoping for concrete offers for the 27-year-old in January, and a price of €15m is being floated as enough to convince them, except clubs aren’t all that forthcoming at the moment.

The names Sevilla (who are likely to sell Steven N’Zonzi in the coming weeks) and Fenerbahce are mentioned, but there isn’t a lot of hope of a bid actually being made.

We’ll be keeping an eye on this one.