Home Europe Club would prefer to sell midfielder to Watford than to Ligue 1...
SHARE

Leaving his native Belgium for Italy on a permanent in 2016, Samuel Bastien returned after two years at Chievo to play for Standard Liège on July 1st 2018.

Since then, he’s grown from strength to strength, and with a good season (well, nearly a whole season) under his belt this year, the Belgian side were thinking about cashing in on one of their more valuable assets to help with the cashflow this summer.

Sport/Foot in Belgium report on Wednesday that Lille in Ligue 1 have been after the player all season, but there’s hope at Standard they could sell him in England, to a club like Watford, for example.

The Hornets are brought up, and the magazine seems to suggest they are one of the other clubs interested in the midfielder, and with the help of Mogi Bayat, the Jupiler Pro League side know they could get ‘undeniably’ get more money from the Premier League side than the French club. 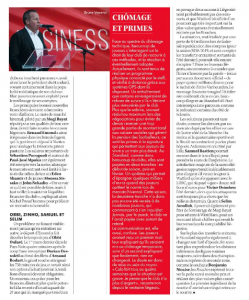 They use the example of Victor Osimhen, who signed for Lille last year for ‘just’ €12m, when everyone knows forwards are meant to be more expensive than midfielders.

With Bastien being one of their better players, it seems Standard will be looking for more than what Charleroi got for the Nigeria international, and Watford, with their Premier League money, could certainly afford to help them in their endeavour.

Agent ‘pushes for Chelsea’ this summer – ‘Advocating’ his client moves to Blues, €35m deal on table

Agent ‘pushes for Chelsea’ this summer – ‘Advocating’ his client moves...

Arsenal ‘being convinced’ into sale – Gunners man ‘very much liked’...