Banished to Picardie in France back in January, Erik Pieters actually had a really good time playing at Amiens SC on loan from Stoke.

The Dutch left-back took to the area really quickly, and ended up being one of the shining lights of the team’s second half of the season.

The 30-year-old has already spoken of his affection for the Ligue 1 side, and it’s no surprise to learn that Amiens are working towards keeping him.

According to Le Courrier Picard on Thursday, the French side are ‘negotiating’ with Stoke City so that Pieters can play at Stade de La Licorne next season. 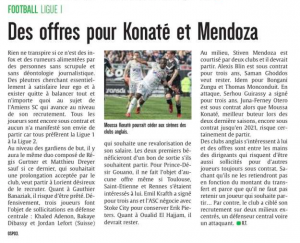 There are no details as to what the deal would be, but with just one year left on his contract with the Potters, you would think another loan isn’t in the works.

That would mean a permanent transfer for the 30-year-old, whose wages last season were ‘mostly paid’ by Stoke, according to a previous report in L’Equipe.

However, if Amiens are working towards a deal, that means Pieters is probably open to whatever they will offer him contract wise going forward.