Arriving from Udinese in January to try and help Watford avoid the drop, Ignacio Pussetto was unable to do so.

The Argentine winger only played a handful of games (all from the bench) under Nigel Pearson before the manager was sacked, and has made two appearances for the Hornets so far this season, coming off the bench once in the league and starting their EFL Cup tie against Newport County, during which he picked up an assist.

His future, however, appears to be far from Vicarage Road, with Crotone now being discussed as a potential landing spot.

That comes from Corriere dello Sport, who report on Thursday the ‘mission’ is to secure the player on a ‘dry loan’, meaning they wouldn’t pay anything up front for it and aren’t looking to then keep him with an option to buy. 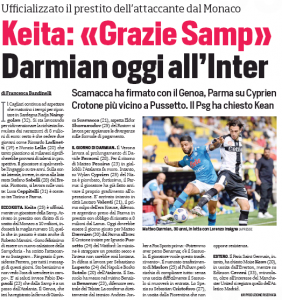 The agreement is said to not be ‘too far’, meaning this could be one that takes place over the weekend, or maybe even before.

Pussetto has only made nine appearances overall for Watford since joining, picking up the one assist.