Bologna are hoping to convince Everton to let Moise Kean join the club in the January transfer window.

Kean has struggled since moving to Goodison Park from Juventus in the summer, going 13 games without a goal so far.

There have been numerous suggestions that he could return to Italy in January, with agent Mino Raiola seemingly pushing hard to find him a new home.

Bologna are one of the club’s to have been linked and yesterday we covered a report that stated Bologna had made contact for Kean as an alternative if Zlatan Ibrahimović decided against a move to the club.

Corriere Dello Sport cover the situation today, and it seems Kean has moved up in the club’s pecking order.

They now believe Ibrahimović will turn the club down and that means Kean has become the club’s primary target.

They are hoping that Everton will agree to a loan deal for the 19-year-old, but there’s no mention of the Blues stance on the matter. 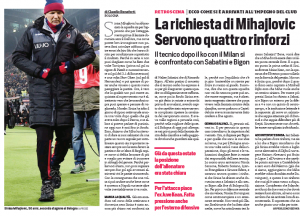 Realistically, they are likely to wait until they’ve appointed a new manager before deciding on Kean’s future.

The new man in charge may be planning on using the Italian more than his predecessor and give him the playing time he is craving, meaning there will be no desire to let him in go in January.